Please feel free to contact us.
We will get back to you with
1-2 business days.
Or just call us now 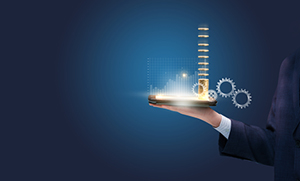 We at Kennis believe that a true wealth service relationship is not just a one-time thing for the right solutions, but it’s a continuous relationship that goes the extra mile just to make sure that the investor reaches his goals and fulfills his financial requirements. For us as a team, at 3i Wealth, the output is a by-product of our input with processes well aligned. We believe, if our input and processes are right, the output is bound to yield the best results.

Under our wealth solutions, Mutual Fund Distributors or MFD is a broad phrase that can be used to characterize a host of services. At a high level, an MFD is someone who assesses your current financial condition, seeks to understand your financial needs, and then helps you create an investment strategy to accomplish those needs.

Beyond that, an MFD can help you:

Our wealth services team organize clients’ investment portfolios and craft an investing strategy that aligns with their goals. Then, they divide their portfolios into different investments like stocks, bonds, precious metals, etc.

Many investment wealth services also function as financial planners, with investment management as one part of a holistic offering.

We offer a complete range of solutions that are required for investors to reach their financial needs.

We advise our client’s to use Mutual funds,  it is a type of economic vehicle made up of a pool of money collected from many investors to invest in securities like stocks, bonds, money market instruments, and other assets. Mutual funds are regulated by professional money managers, who administer the fund’s assets and chance to produce capital profits or income for the fund’s investors. A mutual fund’s portfolio is formed and conserved to match the investment goals stated in its prospectus.

Mutual funds give small or individual investors access to professionally managed portfolios of equities, bonds, and other assurances. Each stakeholder, therefore, participates proportionally in the gains or losses of the fund. Mutual funds invest in a large number of securities, and their performance is usually pursued as the change in the total market cap of the fund—derived by the aggregating performance of the underlying investments.

Mutual Funds, by nature of their investment thesis, can be categorized as under:

As the name implies, this kind of fund invests mainly in stocks. Within this group are several subcategories. Some equity funds are named for the size of the companies they invest in small, mid, or large-cap. Others are labelled by their investment approach: Aggressive growth, Income-oriented, value, and others. Equity funds are also classified by whether they invest in domestic stocks or foreign equities.
The term value fund refers to a technique of investing that aims for high-quality, low-growth firms that are out of favour with the market. These companies are distinguished by low price-to-earnings (P/E) ratios, low price-to-book (P/B) ratios, and high dividend yields. Contrarily, growth funds, which look to corporations that have had (and are expected to have) strong growth in earnings, sales, and cash flows. These companies typically have high P/E ratios.
The other dimension has to do with the size of the companies that a mutual fund invests in. Large-cap companies have high market capitalizations. Market capitalization is followed by multiplying the share price by the number of shares outstanding. Large-cap stocks are typically blue-chip firms that are always recognizable by name. Small-cap stocks refer to those stocks with a lower market capitalization. These smaller companies grow to be newer, riskier investments. Mid-cap stocks fill in the gap between small-cap and large-cap.

Another big faction is the fixed income category. A fixed-income mutual fund concentrates on investments that pay a set rate of return, such as government bonds, corporate bonds, or other debt methods. The idea is that the fund portfolio creates interest income, which it then passes on to the shareholders.
These mutual funds are plausible to pay higher returns than certificates of deposit and money market investments, but bond funds aren’t without risk. Because there are several different types of bonds, bond funds can vary dramatically relying on where they capitalize. Furthermore, nearly all bond funds are liable to interest rate risk, which means that if rates go up, the value of the fund goes down.

Another group, which has become exceptionally prominent in the last few years, falls under the “Index funds”. Their investment strategy is established on the belief that it is very hard, and often expensive, to try to beat the market consistently. So, the index fund manager buys stocks that conform with a major market index such as Sensex, Nifty etc. This strategy expects less research from analysts and advisors, so there are fewer costs before they are given to the shareholders. These funds are often designed with cost-sensitive investors in mind.

Our wealth services also guide you on fixed-income instruments. These consist of:

A bond is a fixed-income instrument that embodies a loan made by an investor to a borrower. Bonds are generally handed out by companies, municipalities, states, and sovereign governments to finance projects and operations. Owners of bonds are debtholders, or creditors, of the issuer. A bond is also inferred as a fixed-income instrument since bonds are traditionally used to pay a fixed interest rate (coupon) to debtholders. Off late, looking at the volatility in the interest rate movements, variable or floating interest rates are also quite popular.
Investors generally feel bonds are safe and secured. Investors need to be cautious while investing in bonds. However, the issued bonds may be secured as well as unsecured in nature. In the case of unsecured bonds due to inherently higher risk, offer a higher interest rate as compared to secured bonds.
Investors need to note that, Bond prices are inversely associated with interest rates: when rates go up, bond prices fall and vice-versa. The effect of interest rate risk is directly proportional to the average maturity of the bonds, the greater the average maturity, the greater will be the impact of interest rate movements.

Perpetual Bonds
Our wealth service also provides a brief idea of Perpetual Bonds to our clients. These are typical bonds that have a fixed tenure of maturity, but perpetual bonds, as the name suggests, can theoretically go on for as long as the issuer is a going concern. In practice, though, these bonds have a “call” option, which allows the issuer to reclaim the bond earlier.

Perpetual bonds are instruments mainly published by banks that do not have maturity dates as other bonds usually do. These bonds offer continual interest at a rate that is fixed at the time of allotment. Banks issue these bonds to meet their Tier 1 capital requirement.

A bond is a fixed income instrument delivering a coupon rate of interest and is issued for a fixed tenure. As the name suggests, interest earned from tax-free bonds is immune from tax. In simple terms, irrespective of the income, one need not pay any income tax on the interest income. Some of the public efforts which raise funds through the issue of tax-free bonds are IRFC, PFC, NHAI, HUDCO, REC, NTPC, and IREDA.

The tenure of the bonds is usually 10/15 or even 20 years. They are also documented on stock exchanges to offer an exit route to investors. The bonds are tax-free, secured, redeemable and non-convertible.

Our clients are also guided by Professional licensed portfolio managers under our wealth solutions who work on behalf of clients, while individuals may choose to build and manage their portfolios. In either case, the portfolio manager’s goal is to maximize the investments’ foreseen to return within an appropriate level of risk revelation.
Portfolio management compels the ability to weigh strengths and weaknesses, chances, and threats across the full spectrum of investments. Portfolio management is the art and science of appointing and overseeing a group of investments that meet the long-term financial objectives and risk tolerance of a client.

Under our wealth services, we also provide our clients with In-depth knowledge of Real assets. These include

Gold is so crucial that it has become similar to the word “Wealth.”
Diversification of a client’s portfolio means varying the asset classes. Stocks are one asset class. Gold is another. Owning a company’s stock implies owning an equity stake in a company. The value goes up or down, depending on the changes in the market and the paper certificates can be worth nothing. On the other hand, the value of gold goes up and down and changes with the market but is never worth anything.

Silver ETF will be one more tool along with gold ETF through which investors can participate in the commodity markets. Markets regulator Securities and Exchange Board of India (Sebi) allowed mutual fund houses to introduce silver exchange-traded funds (ETFs) in the Indian market. Precious metals such as silver, platinum, and palladium can be a way to diversify one’s portfolio away from a single precious metal.

At Kennis, we measure our success by how well we have been able to help our investors achieve their financial needs.

In all our investor relationships, we are committed to:

In the wealth distribution business, client retention is one of the biggest challenges. Our biggest barometer of success is that not even a single client has left us. To add, our incremental business comes predominantly through references from our satisfied existing clients, with whom we share an excellent working relationship.